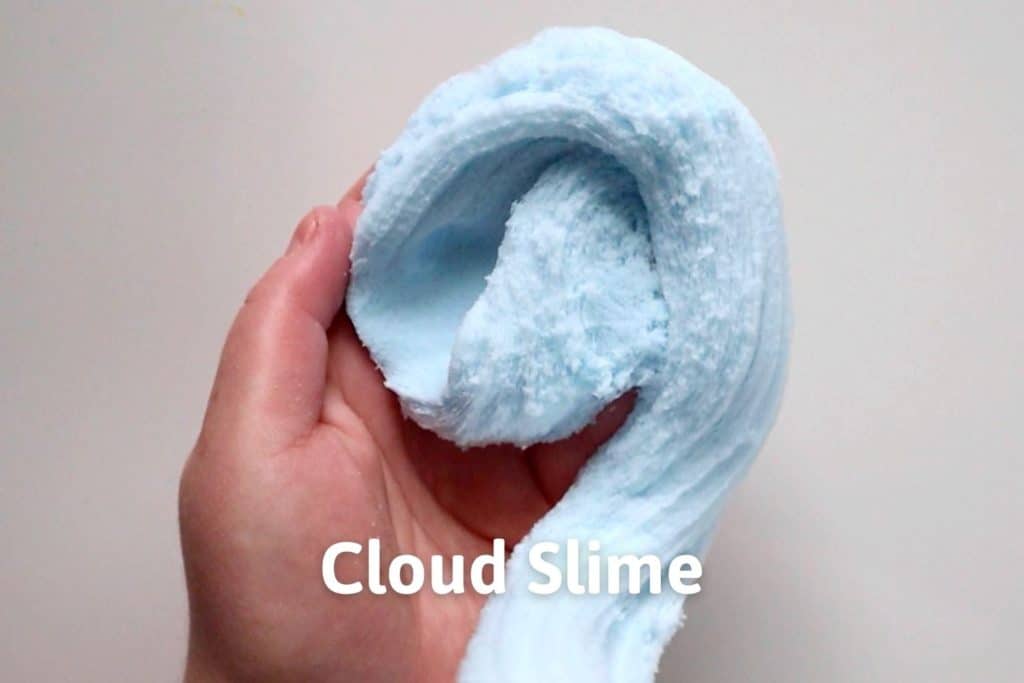 Make soft and fluffy cloud slime that you won’t want to stop playing with!

For some more slime making fun, here’s a unique soft and fluffy slime known as cloud slime. It creates a pillowy slime that forms soft strings that melt back into itself. It’s absolutely one of my favorite types of slime because it’s so soft.

You can also make a variation of it by changing a couple of things to create a sparkly snow slime. And even though this one is fluffy, there’s actually an entirely other slime you can make called “fluffy slime.”

I’ve also created a handy set of slime recipe cards to print and cut out. Download them below or from the shop.

We’re committed to your privacy. AB Crafty uses the information you provide to contact you about relevant content and products. You may unsubscribe from these communications at any time.

Note: Some links in this post may contain affiliate links, which means at no cost to you, I may earn a commission. 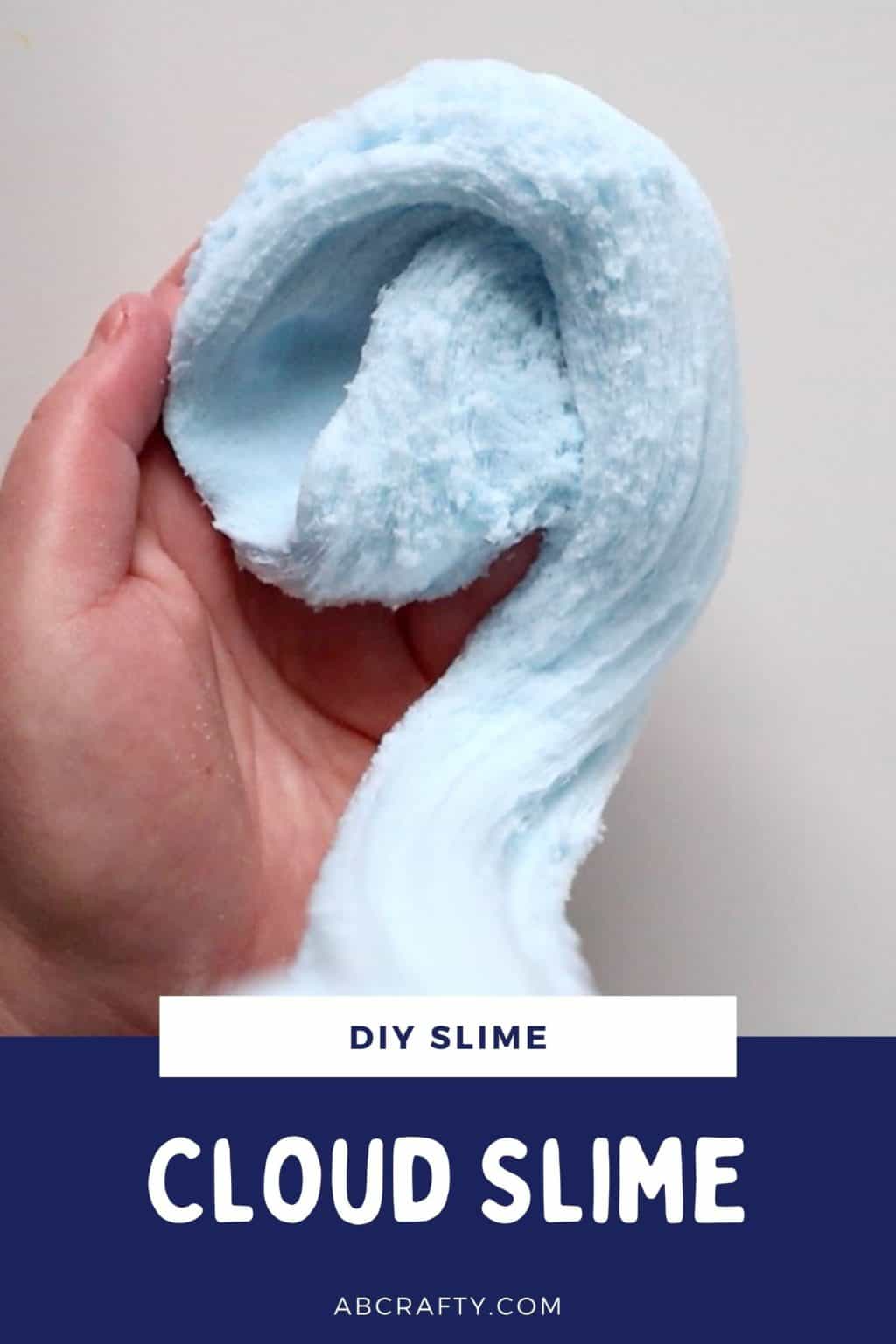 These materials include the water and borax to make your own slime activator.

How to Make Cloud Slime

Prepare the Instant Snow for the Cloud Slime

The key to making cloud slime (and snow slime) is using instant snow (you can find it on Amazon). Some brands may be different, but you want to mix up 1 Tablespoon of instant snow. Mix it with the amount of water listed on the packet (mine ended up being 1/2 cup). 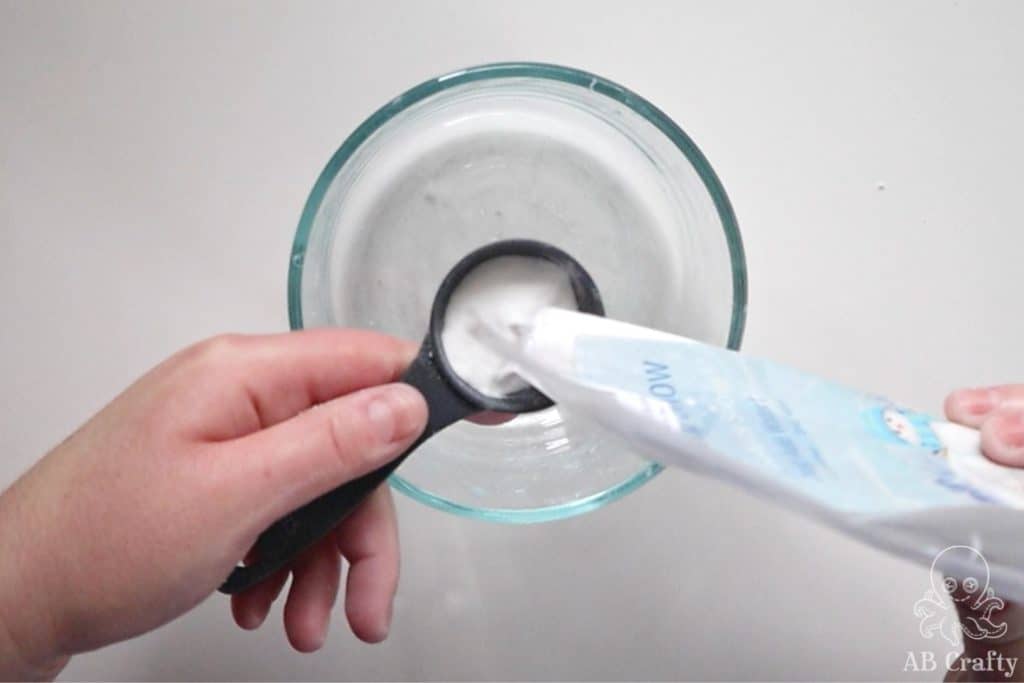 Let the instant snow absorb the water. Then give it a mix to help fluff it up. You may need to add more water if it still looks dry. 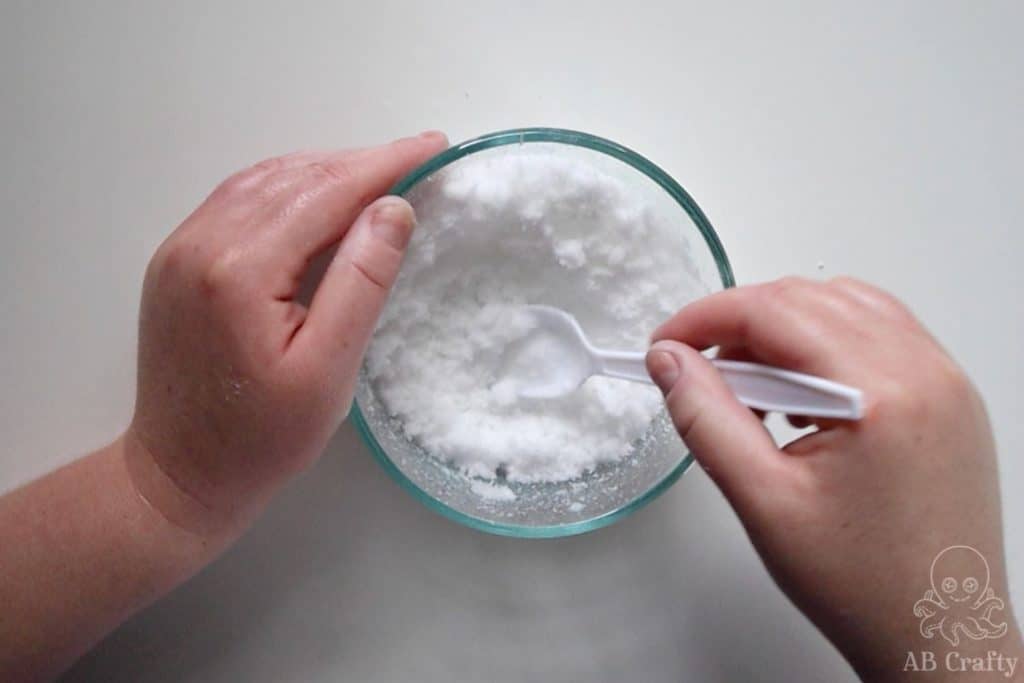 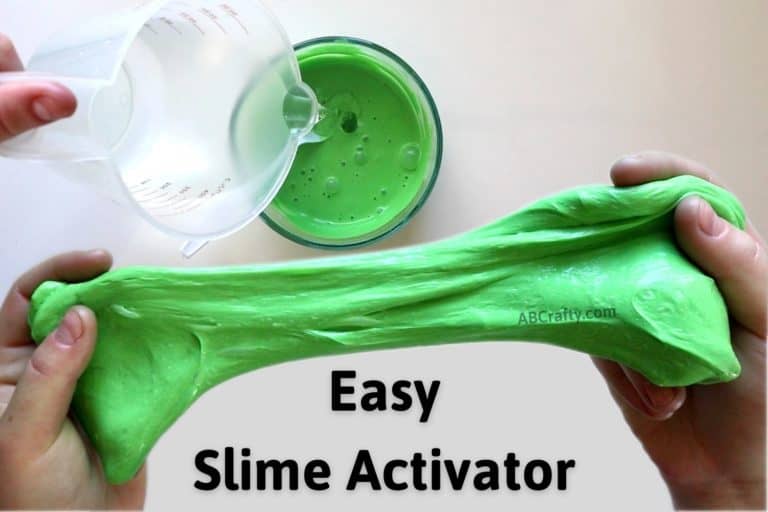 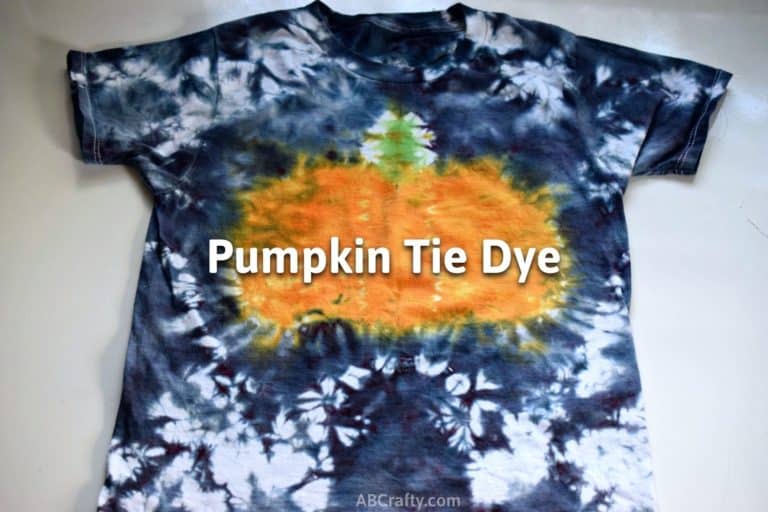 Tie Dye Pumpkin – How to Tie Dye a Pumpkin Design 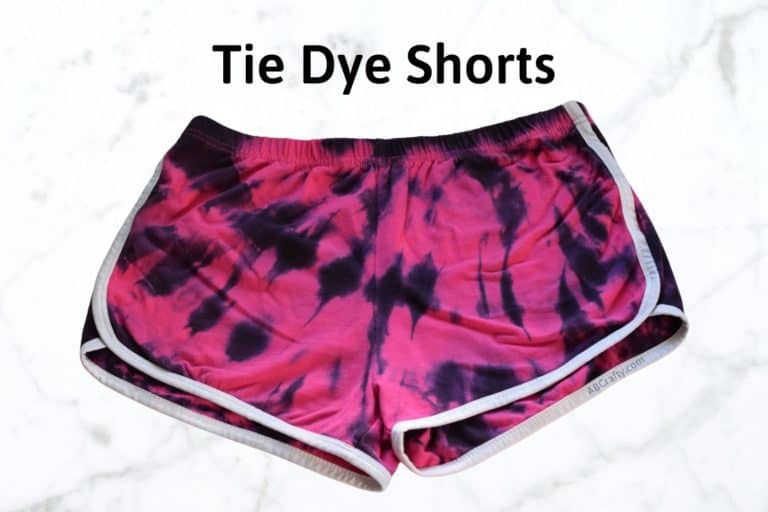 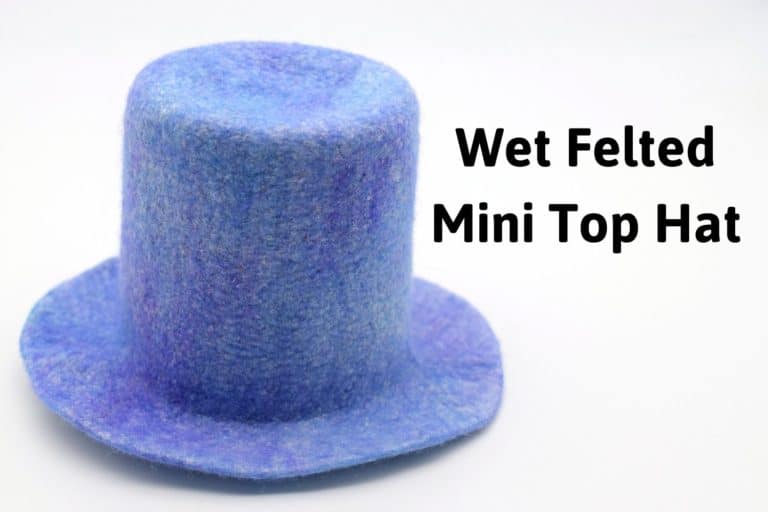 Make the Slime Base for the Cloud Slime

Start by making some basic slime. Pour 1 cup of white glue into a bowl. I used about half of a cup of this type.

Mix in the slime activator a little bit at a time until it starts to pull away from the edges. (You can make your own slime activator or use store-bought. You’ll want to mix a cup of warm water with 1 teaspoon of borax until it’s dissolved).

Tip: Only add 1/2 teaspoon – 1 teaspoon of activator at a time. You’ll use the activator for multiple slimes. 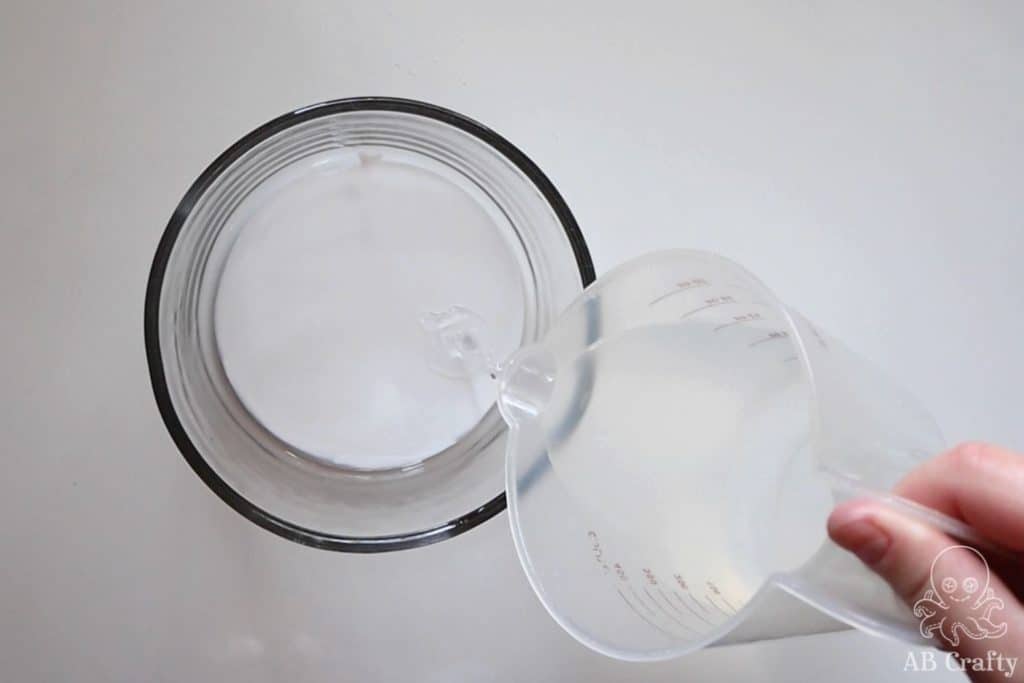 Once it starts looking like this you can mix it by hand by stretching it and folding it on itself. 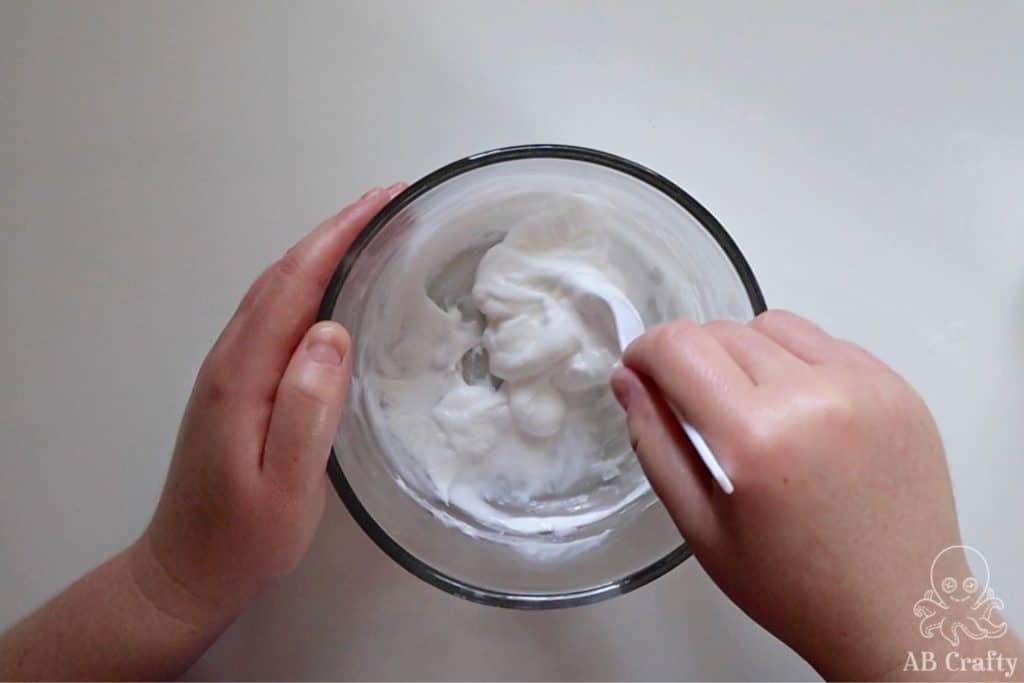 We’re committed to your privacy. AB Crafty uses the information you provide to contact you about relevant content and products. You may unsubscribe from these communications at any time. 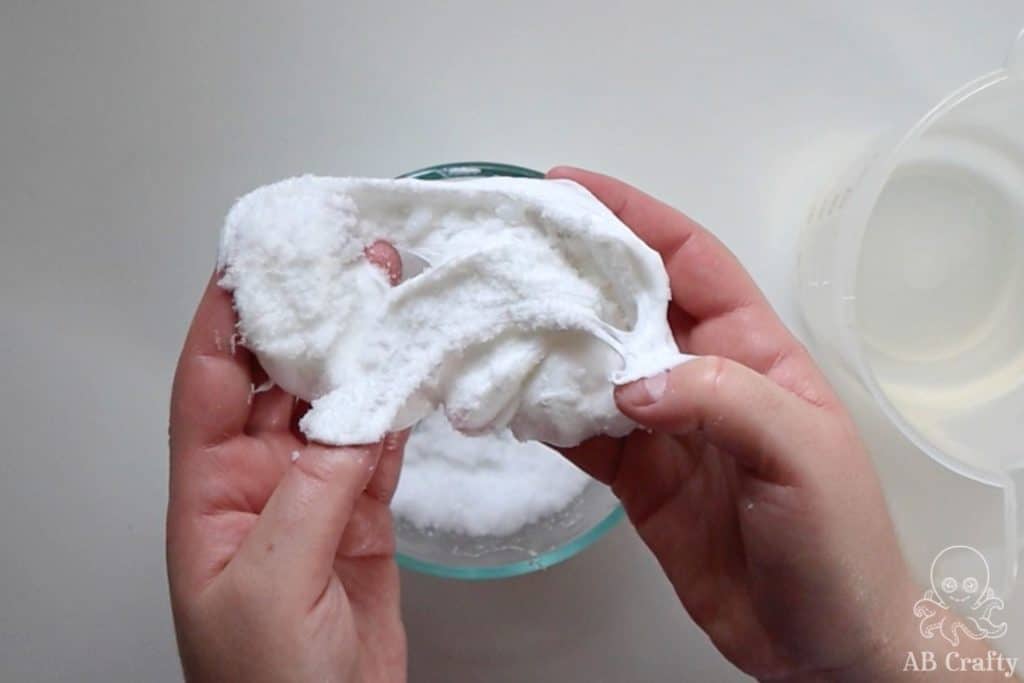 Add a few drops of blue food coloring (or whichever color you’d like). I liked the pale blue color to match the cloud theme. Here’s a set so you can choose the color you want. 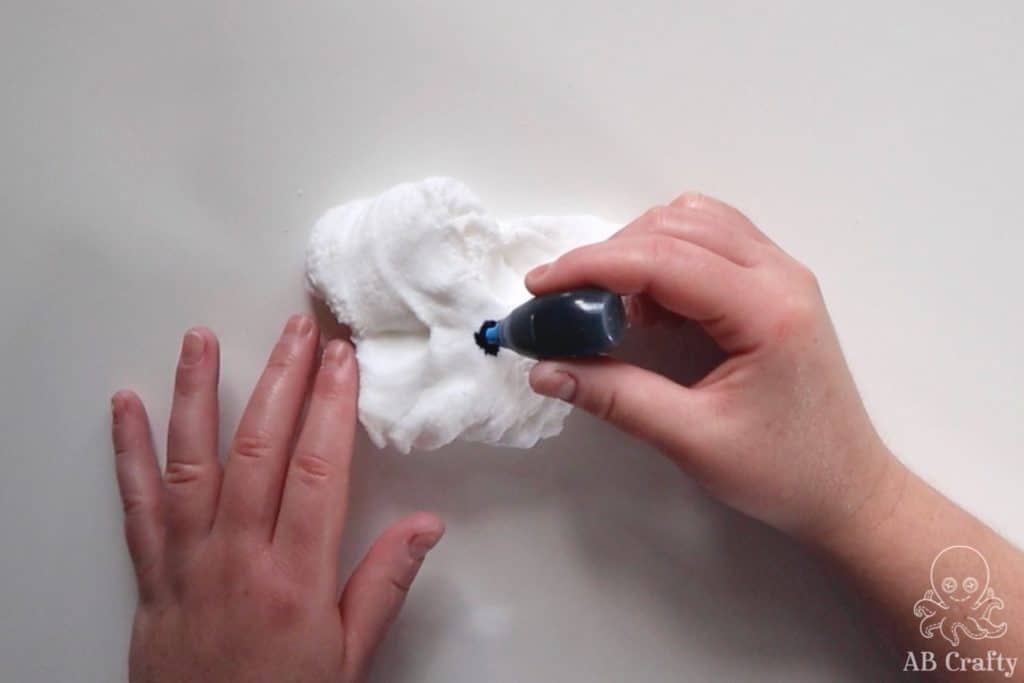 Continue to stretch the slime for several minutes (it took me 5-10min to get to this point). Eventually you’ll get a fully slime that starts to form strings when you slowly stretch it.

Tip: If it feels dry you can add more water. If it’s too sticky, add some slime activator – I like to do this by dipping part of the slime into the activator. 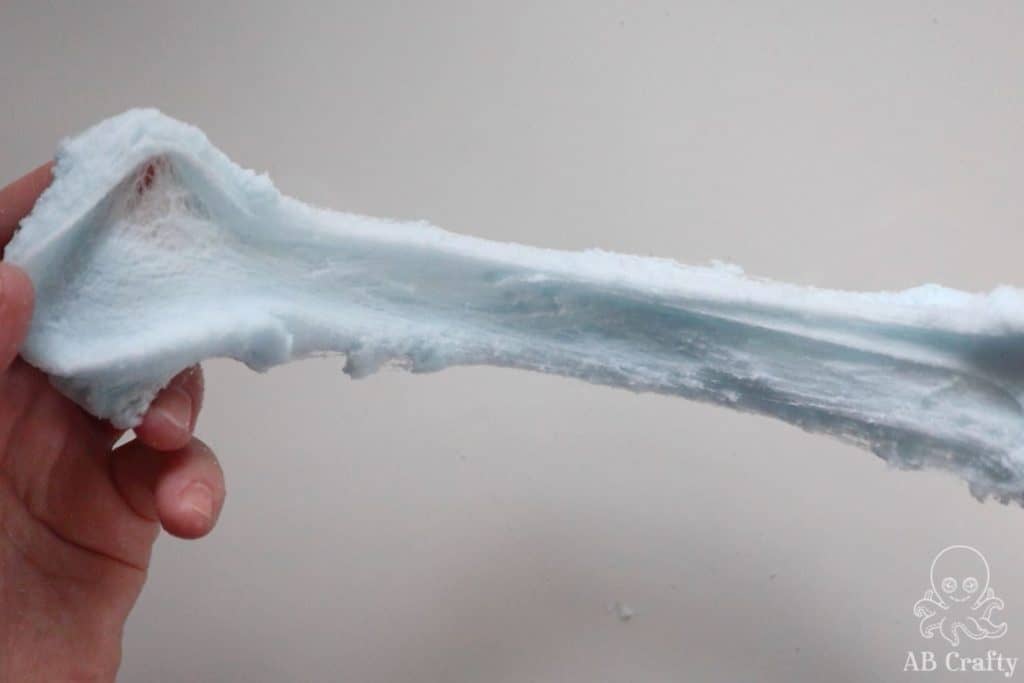 Cloud slime is always better the next day. Put it in an airtight container (like this one) and let it rest over night. The next day it will be even softer and fluffier. 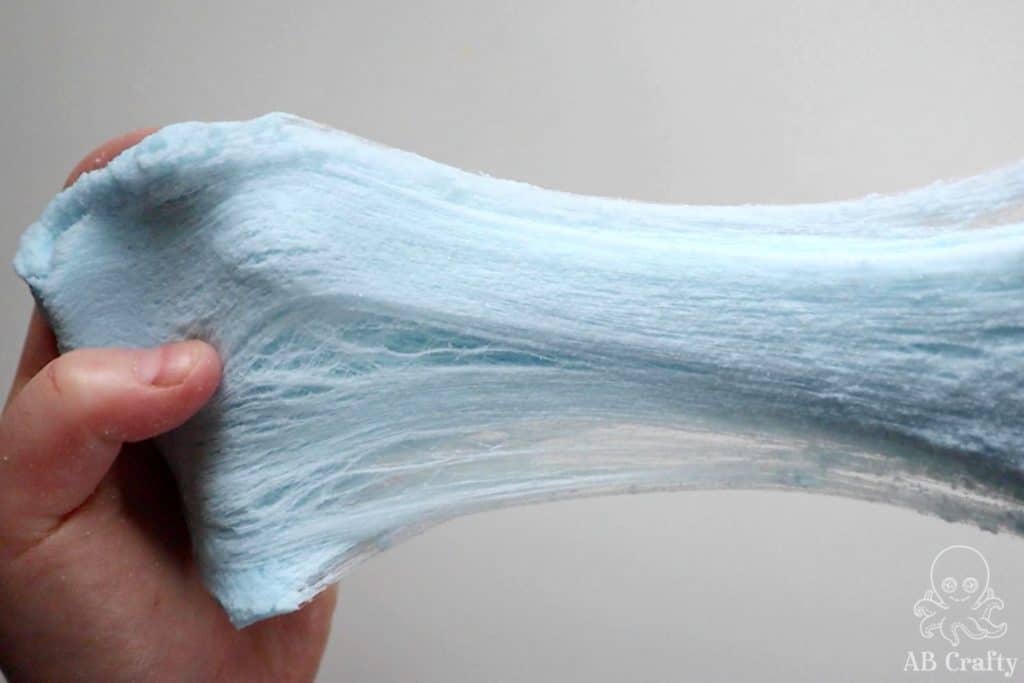 Just look at this beautiful fluffy drizzle! It truly feels like a cloud in your hands. 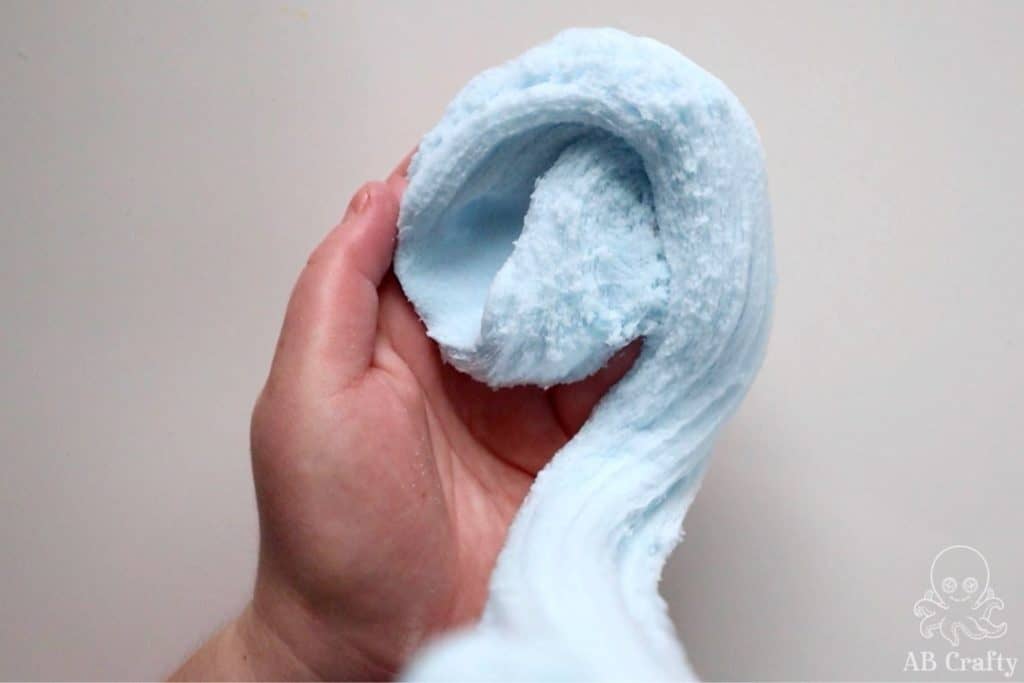 You can also shape it into little puffy cloud slime balls.

If you make your own cloud slime, I’d love to see it! Tag me on Instagram @ab.crafty! 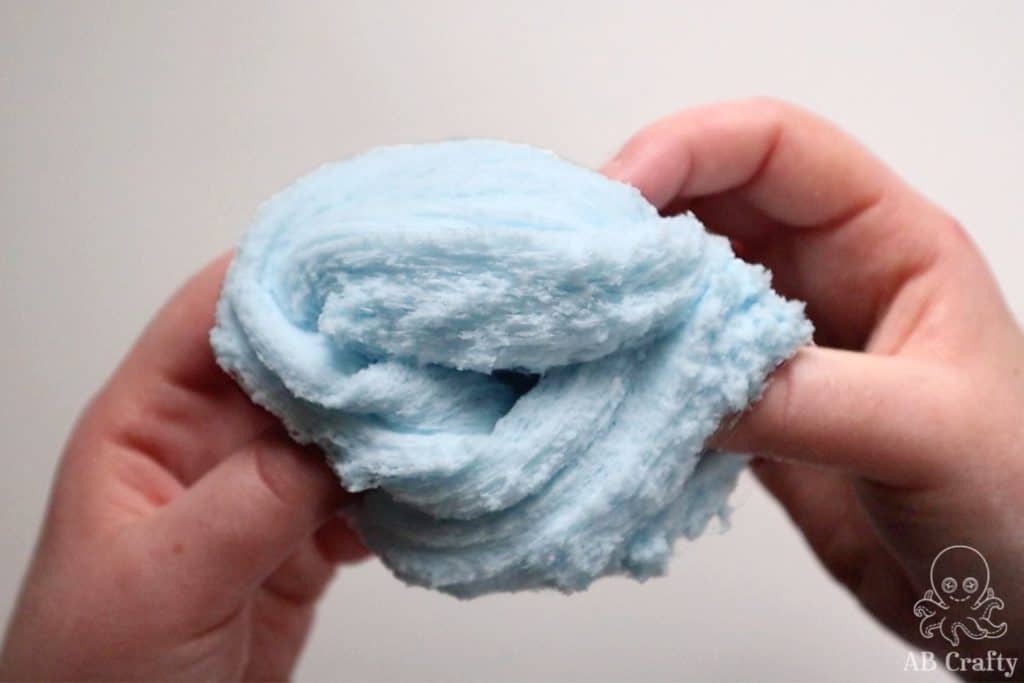 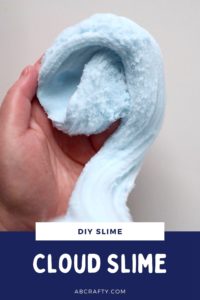 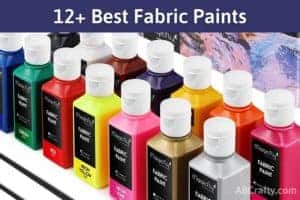 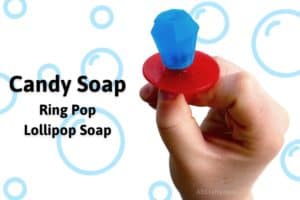 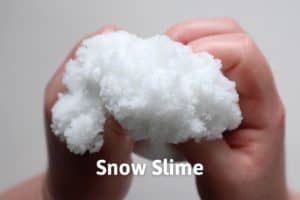 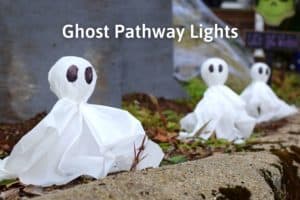 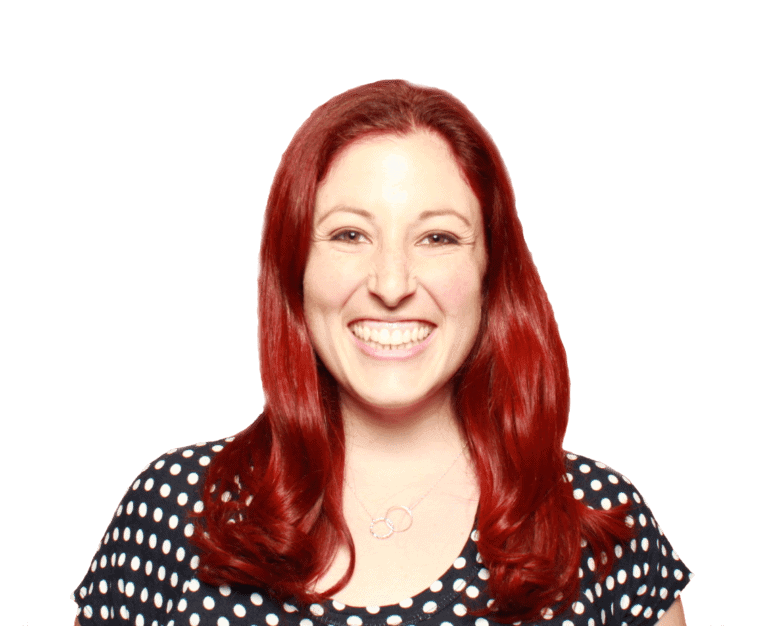 HI, I'M DANIELA, A LIFETIME CRAFTER HERE TO SHARE MY LOVE OF ALL THINGS CRAFTS and DIYs 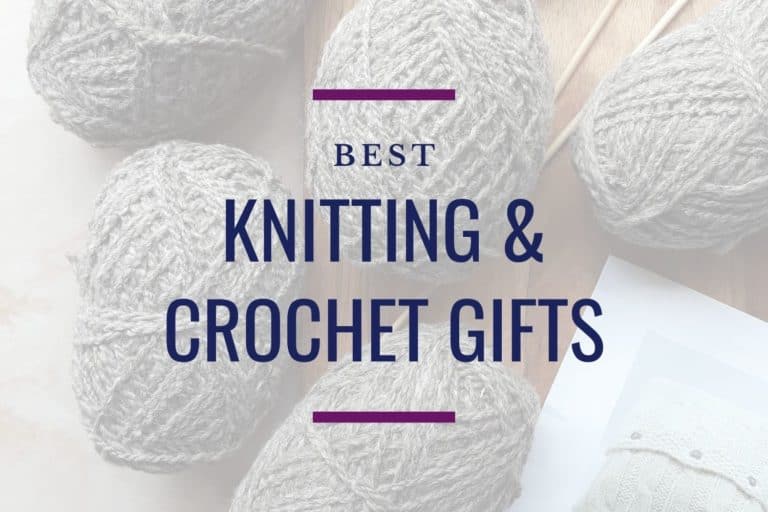 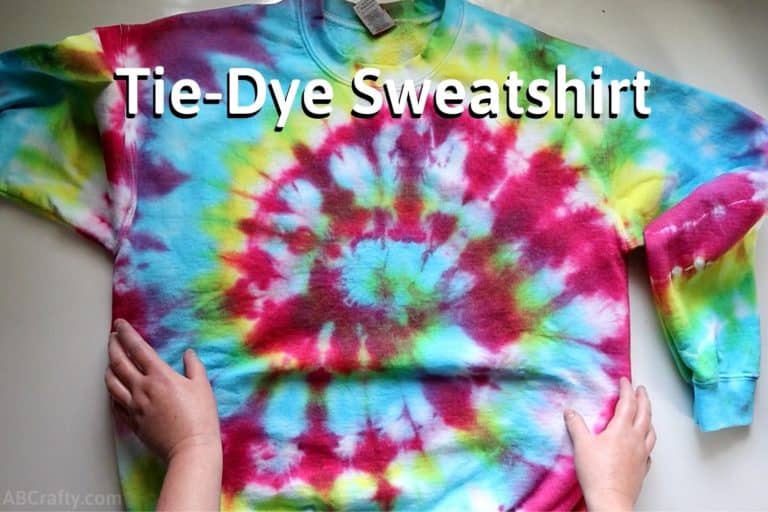 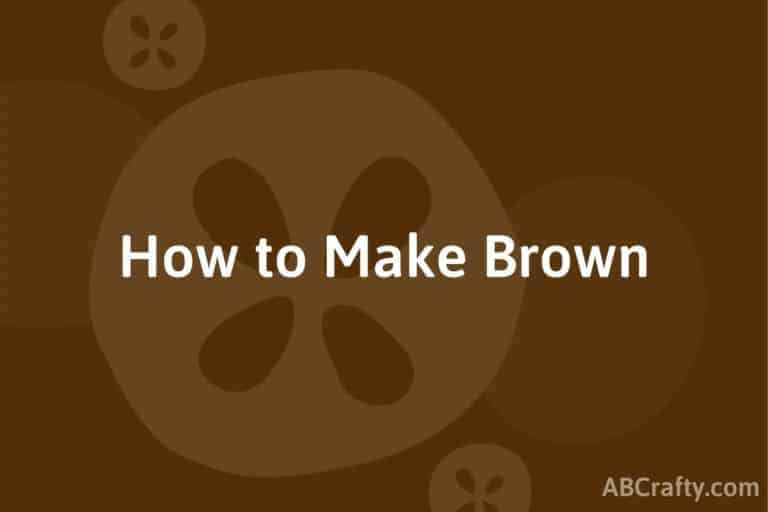 How to Make Brown 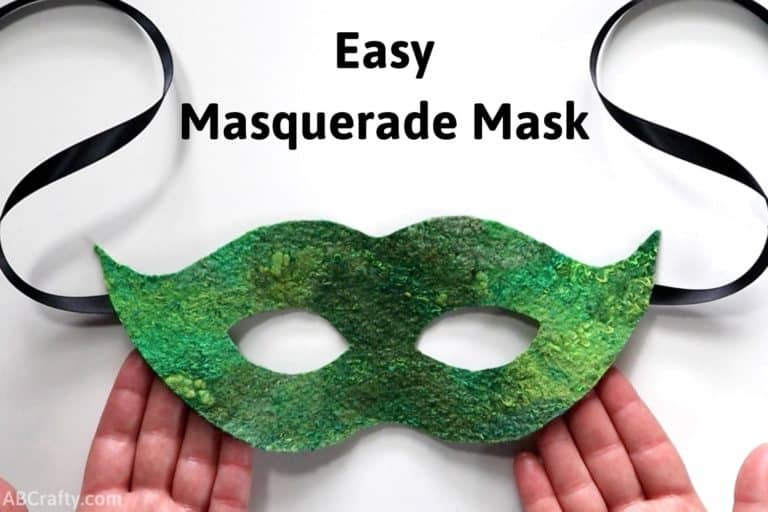 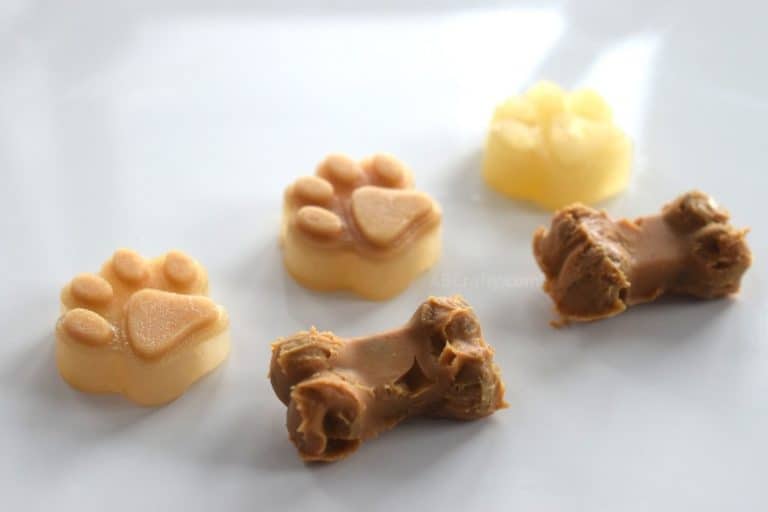 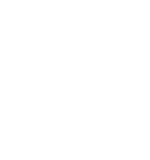 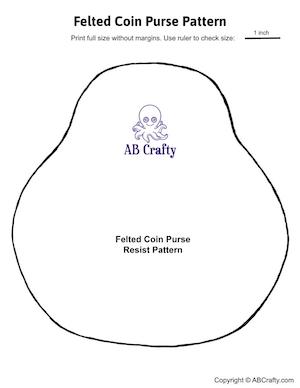